Assisting Many Children to Become a Fully Independent Human Being, DAP is Back in Collaboration With the Bina Mandiri Foundation

Duta Abadi Primantara (DAP) has been committed for years to contribute to underprivileged communities. DAP has helped people in need and contributed a lot of mattresses to communities and foundations. In March 2017, DAP had the opportunity to return in participating and donating to less fortunate people, doing another collaboration with Bina Mandiri Indonesia Foundation. Bina Mandiri Indonia Foundation is a non-profit organization engaged in the kindergarten education specifically for children who are less fortunate. The collaboration was made for different regions in Jakarta, and this was the second times that DAP collaborated with Bina Mandiri Foundation.

Through this second collaboration, DAP donated 111 folding mattresses to many poor families in 8 areas in Jakarta such as Sunter, Cipinang, Nalo, Kranggan, Tanah Merah, Kaca, Kebun Sayur and Rawa Sengon. Folding mattresses were also given through three stages so that the distribution of mattresses can be monitored properly.

DAP always hopes that this contribution could help many children to have better and healthier sleep, so they could also have a better day to start. 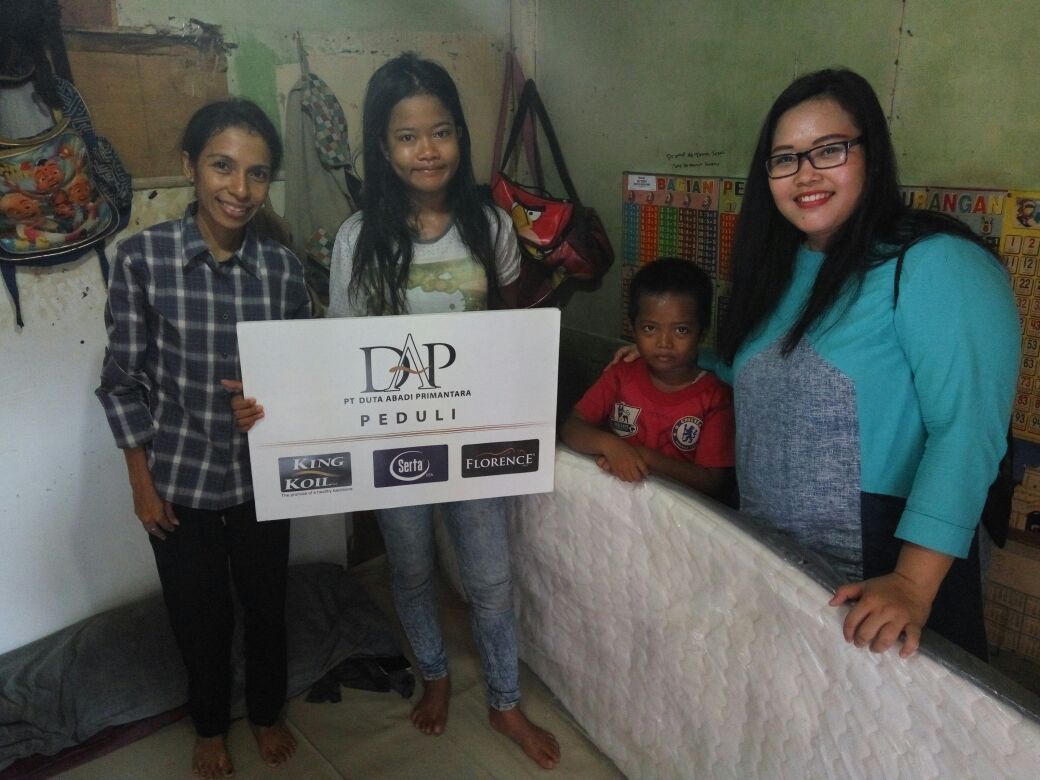