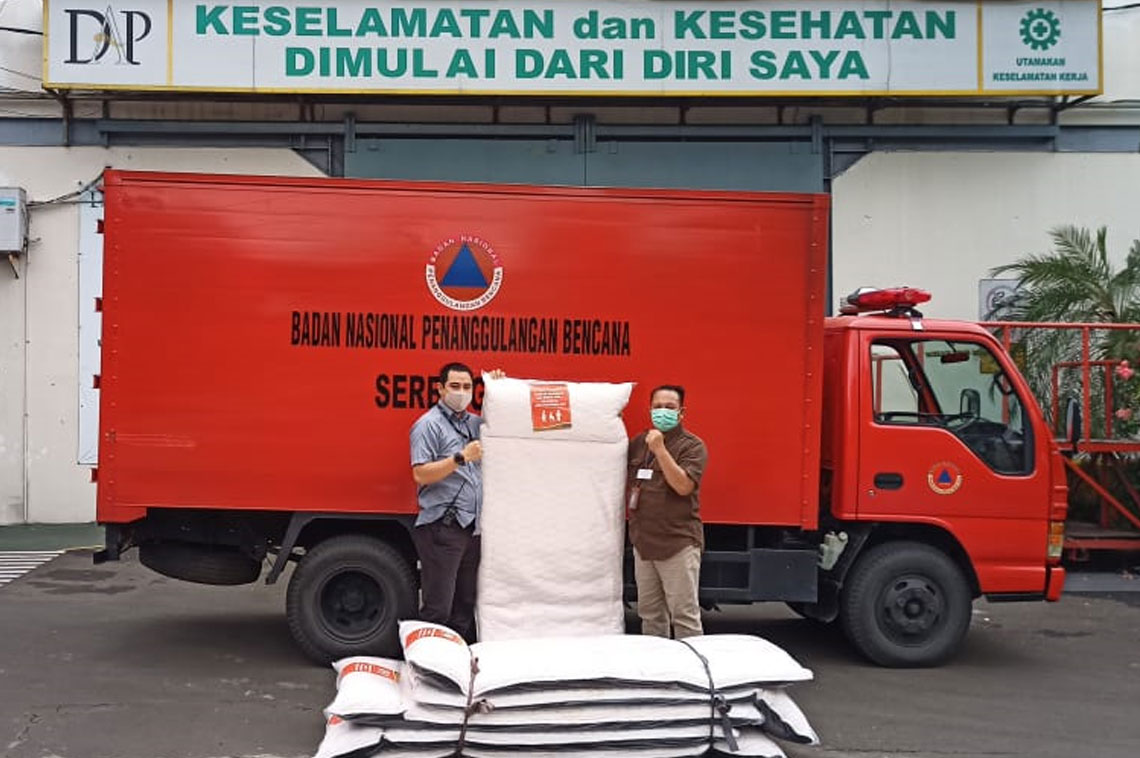 In January 2021, there was a natural disaster that occurred in Indonesia and claimed hundreds of lives. A landslide occurred on the 9th in Sumedang, West Java and claimed many lives with more than 1000 people evacuated. The flood in South Kalimantan occurred due to high rainfall from 12-14 & caused more than 3000 houses to be submerged. The earthquake occurred in West Sulawesi with 6.2 magnitude on the 15th, based on the data from BNPB, and the death toll was 81 people. The floods & landslides in Manado, South Sulawesi, on the 16th claimed 5 lives and displaced 500 residents. The eruption of Mount Semeru which emitted volcanic ash and hot clouds caused the mountain to be in a state of Alert 2 or the “Warning" status.

DAP had the chance to participate in the donation by providing 500 folding mattresses which was given to those who are in need and affected by the disasters through the National Disaster Management Agency (BNPB). Through this assistance, DAP hopes that the affected people can sleep more comfortably and soundly in the refuge. DAP will continue to assist those who are in need, both disaster assistance and collaborative assistance through social foundations.