Many devastating natural events have occurred in Indonesia lately. The island of Lombok as a tourist destination suffered from earthquakes many times over several weeks, starting from July 29, 2018 in the morning with the strength of 6.4 MW. The disaster that shocked the entire Indonesian people has claimed hundreds of lives and thousands of other injured victims who have lost their homes and their families.

PT Duta Abadi Primantara (DAP) did not remain silent and immediately reached out to provide assistance and provided 360 folding mattresses to the victims of the Lombok earthquake through 3 stages. On the first phase of donation, DAP collaborated with Tugu Hotel on August 15th, followed by Abbalove Church on the August 20th and Indonesia Relief Box on September 4th 2018. All donations have been well received by victims and refugees.

Lending a hand to our brothers who need help is just a small gesture of our concern for the surroundings. However, there is nothing wrong with being aware for our own safety. DAP Do Care! 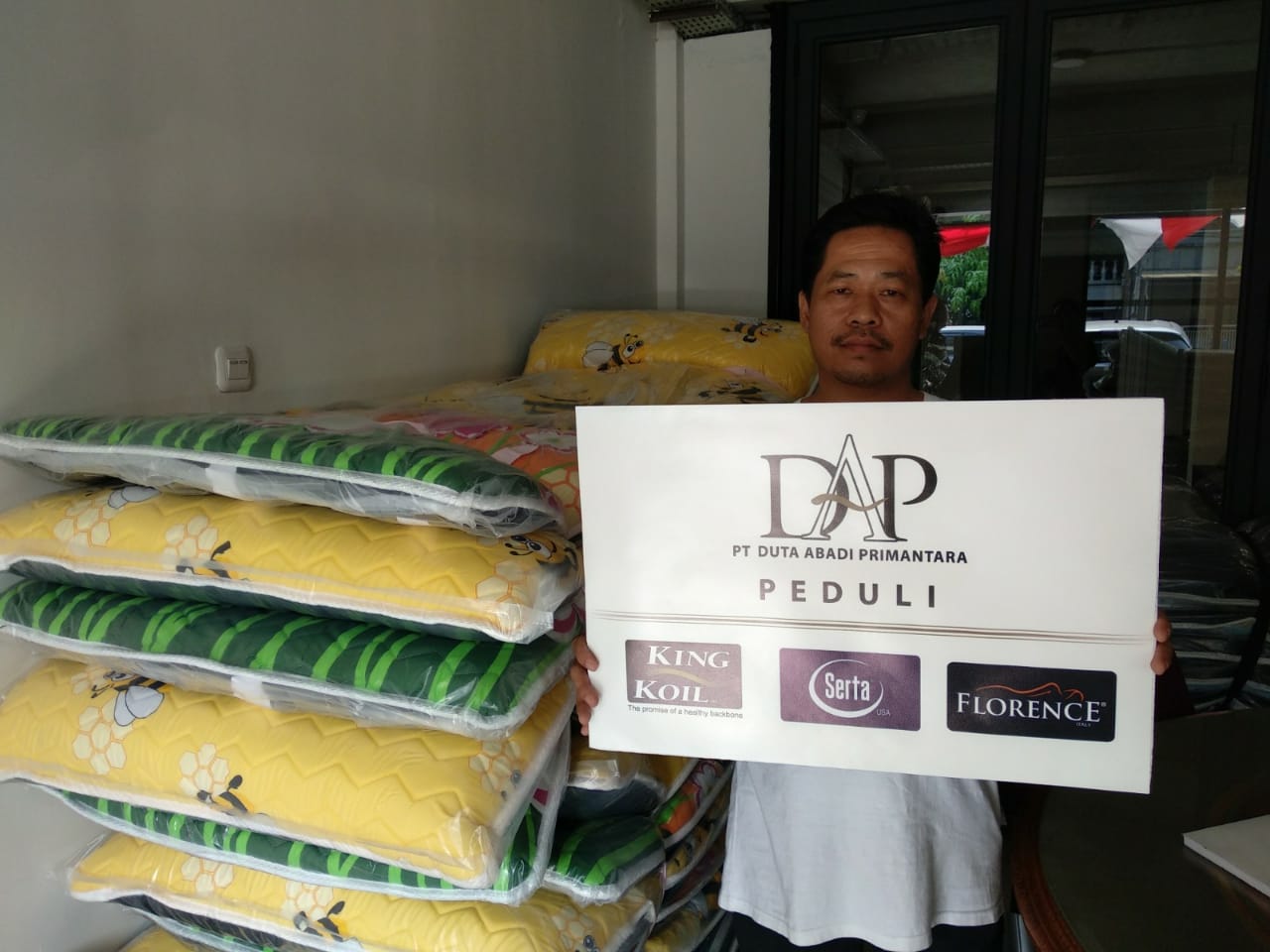